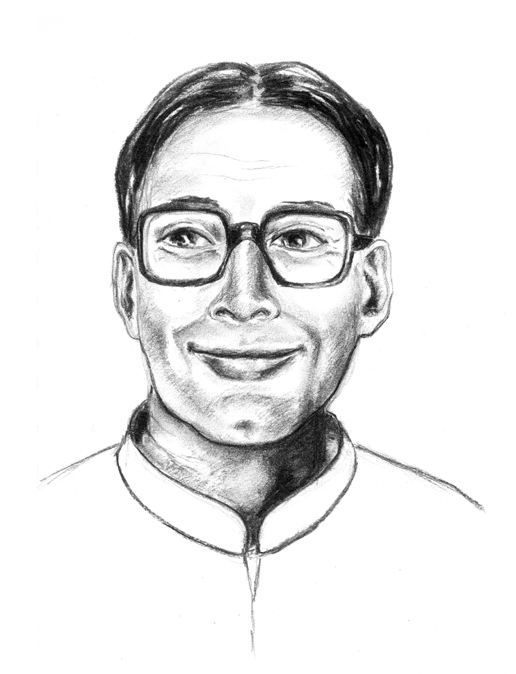 The inception of MedTate is all about fate linking an ancient knowledge with the destinies of two men: Laxman K. Tate (fondly known as L.K. by his peers), a one-time customs official with the British Raj, and his grandson Pete Tate, now CEO of MedTate.

First the grandfather: In his early forties, L.K. was diagnosed with diabetes. He took numerous ‘Western medicines’ with little beneficial effect. Not a man to be beaten, L.K. set about studying Ayurvedic texts for esoteric remedies that stretch back two millennia. Using what he learned about the efficacy of various herbs and fruits, L.K. ultimately developed Ojamin, the tonic he took daily for the remainder of his very healthy and fulfilled life. He died in 2014, at the grand old age of 100. Over the years L.K. turned his hand to numerous businesses with great success, not least supplying Ojamin to the Indian and other markets.

Then his grandson: Pete Tate came to England in 2003 to further his education as a scholarship student. He studied for an engineering bachelor’s degree at King’s College London, and progressed to do Master of Science at the London School of Economics. He subsequently was employed at a series of different financial companies in the City of London. Despite seemingly secure career trajectory, his increasing passion on the nature’s ability to care and cure changed his career direction towards healthcare industry. He took time out to travel to Nepal, where among other adventures he joined a monastery for a few months. Pete always intended to return to London, and a call from Antoine Faure-Grimaud, his tutor at LSE, persuaded him to embark on a PhD program in venture capital, furthering his knowledge on financial aspects of setting up and managing a healthcare company.

Now back in London, his family had placed him on the board of a company, in which they had financial interests, for him to keep a close eye on their investments. And this was where Fate and Serendipity took a hand.

Simon Barnes, Managing Partner of Tate and Lyle Ventures, had been contacted by Elbert Vaughn, an American suffering from type 2 diabetes. Elbert’s father had previously worked in India, where he had obtained a few bottles of Ojamin, the potion Elbert claimed was proving very beneficial to his health. However, his stock was running low. Seeing the name Tate on his last bottle, Elbert contacted Tate and Lyle (as you do!), desperate to see if that company produced the product. Amazingly the e-mail eventually reached Simon Barnes, but instead of dumping it as a crank letter, intrigued, Simon took an interest. Miraculously he managed to track down Pete, and then passed on the note. Pete arranged to resupply Elbert, and at that point Pete too started taking Ojamin on a daily basis. 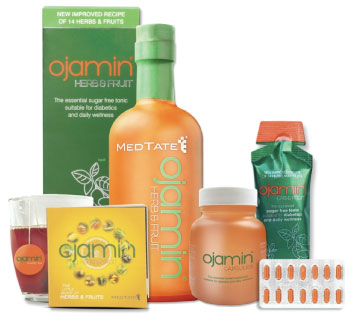 Finding it an invigorating tonic, Pete had his ‘Eureka’ moment. He remembered his grandfather telling him about Ayurvedic medicine, Ojamin, with its healing properties. Pete took a break from his PhD studies, and went back to India to see his grandfather and find out more about his miraculous formulation. There he met several people who had derived various benefits from Ojamin, and read many testimonials to the efficacy and safety of Ojamin in a wide range of ailments, but particularly as a tonic and an aid to general physical well-being.

On the background of his passion on Nature’s ability to Care and Cure, he decided there and then that he would make the benefits of Ojamin available in the UK, and indeed across the world. Subsequently he formed MedTate in 2011. However, as a hard-headed businessman, like his grandfather before him, Pete realized that in its original form Ojamin wouldn’t fly in a Western market. Firstly, the taste, although not nasty, could in no way be called pleasant. Hence, he took Ojamin to a Swiss laboratory (Givaudan), and had them refine the product to make it more palatable, while maintaining the efficacy and safety of its selection of herbs and fruits.

Secondly, the ingredients of this refined Ojamin needed to comply with a wide range of national and international regulatory standards. These hurdles were cleared with approval from all concerned UK government bodies including Medical and Healthcare Products Regulatory Agency (MHRA), Food Standard Agency (FSA) and Department for Environment, Food and Rural Affairs (DEFRA), and thus Ojamin - Herb & Fruit was born. With the same efficacy as L.K. Tate’s original Ojamin potion, Ojamin - Herb & Fruit has the added benefits of refinements born in Swiss scientific expertise, and the confidence that the product complies with strict British manufacturing guidelines.

Whilst developing Ojamin, Pete made sure that he leveraged the expertise and resources gained through the development phases of Ojamin and had several products researched and developed to widen the product range. With passage of time, MedTate formed several R&D and business collaborations. Its flagship product Ojamin is now on the shelves of the top 100 stores in the country including Selfridges and John Bell & Croydon. Further, the company launched its biotech division which have potential blockbuster products in the pipeline.